Gonkytown is combining music and visuals into stories. Entering a new project can seem scary and impossible, like an unexplored map but a Gonkytowner moves on, all the way to the end. 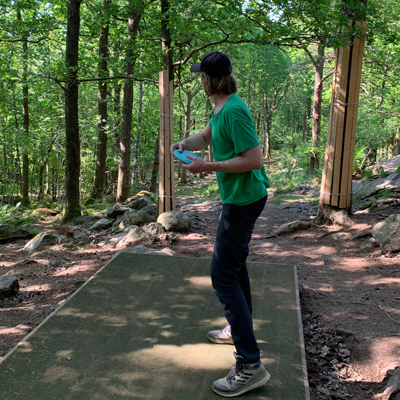 Joel got a Casio monophonic mini synthesizer from his parents when he was 5 (1983). He played tennis, chess and lots of Nintendo games and, on his classmates repeated requests, he performed the song 'Popcorn' on the classroom piano. JOL wishes not to precicely decide which genre or style a new track will have. He's worked with game music 'Battlefield 1942', pop music 'The Similou' and a multitude of ordered music jobs within the film, commercial and games industry. In recent years the passion of combining visuals with his music has grown stronger.
"In the last two releases 'Himari' and 'Lost in this game' it makes no sense listening to the music without the visuals. These are not typical music videos, but short films to me."
Joel's website, twitter and spotify: 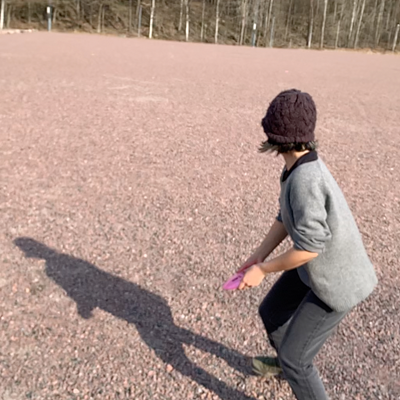 Eri is practising a distance shot. It almost reached the woods!

Born in Japan in 1974, Eri played lots of Famicon (Nintendo) with her brother. Whenever they had 8.000 Yen saved up they bought a new cassette. Her family was early with having a VHS and her mother should buy the first film for the young kids. Unknowingly she picked the worst possible film; 'The Elephant Man' (1980 by David Lynch). The title may sound funny but this black and white experience was something Eri would never forget. She later found the Jackie Chan films which she loved. To this day Jackie is still her big idol. The design and art has always interested Eri. She's tampered with everything from clay modelling, furniture design to photography and drawing. When she decided to seriously start learning character design and 3D modelling, her passion and skill fastly developed.
Eri was often spending time looking around in a shop selling Sanrio characters when she was little. She will create a page with her works and characters and plans to show some Sanrios there as well.